Day 1. Spain Arusha. Departure in flight to Arusha, via a European city. Arrive and transfer to the hotel.

Day 2. Arusha Tarangire. Breakfast at the hotel. Reception by our Spanish speaking guide. Departure by road to the Tarangire National Park, where the first safari in northern Tanzania begins until sunset. Picnic lunch to make the most of the day. Dinner in the camp.

Day 3. Tarangire. Full board in the camp. Safari day in one of the most beautiful parks in Tanzania, dominated by its giant baobab trees. Also included is a walking safari and a night safari.

Day 4. Tarangire Manyara Ngorongoro. Breakfast at the camp. In the morning departure for a photographic safari at the Lake Manyara National Park, located at the base of the escarpment of the Great Rift Valley, famous for its population of flamingos at some times of the year. Lunch on picnic route. Dinner in the camp.

Day 5. Ngorongoro Area. Breakfast at the lodge. Morning safari inside the crater, sanctuary of African wildlife and a World Heritage Site.

Day 6. Ngorongoro Area Serengeti. Breakfast at the camp. Departure by road or by regular plane to the Serengeti National Park, depending on the location of the camp. This is determined by the migratory movements of wildebeest and zebra, from June to mid-November in the north and from December to March in the south. Lunch and dinner in the camp.

Day 7. Serengeti. Full board in the camp. Day dedicated to perform various safari activities to observe the movements of the Great Migration, one of the most impressive and beautiful natural spectacles in the world. From June to November, these activities will be carried out with the vehicles and guides of the camp, near the Mara River.

Day 8. Serengeti Maasai Mara. Breakfast at the camp. Departure by regular plane to a point bordering Kenya, from where the border will be crossed by road to Migori. From there, transfer by regular plane to our next accommodation, flying over the extensive mantle sprinkled by hundreds of acacias from the Maasai Mara nature reserve. At dusk there will be a first safari in the area. Dinner in the camp.

Day 9. Maasai Mara. Full board in the camp. Day dedicated to perform various activities offered by the lodge; safaris in a 4×4 vehicle or on foot, accompanied by expert Maasai guides, natives of the area and great connoisseurs of nature.

Day 10. Maasai Mara Nairobi Spain. Breakfast at the camp. Departure by regular plane to Nairobi. A lunch will be served upon arrival. Free afternoon until the transfer to Nairobi International Airport to depart by night flight to Spain. 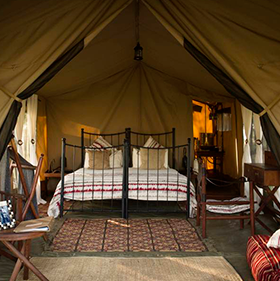 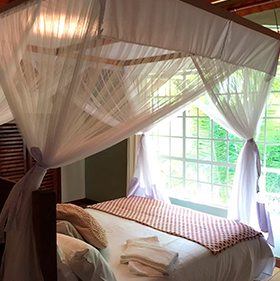 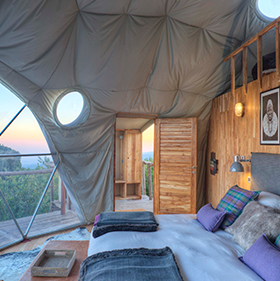 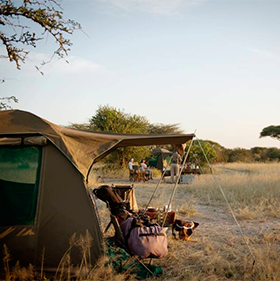 An Integral Tailor Made Service offered by experienced professionals with a long tour in the tourism sector.